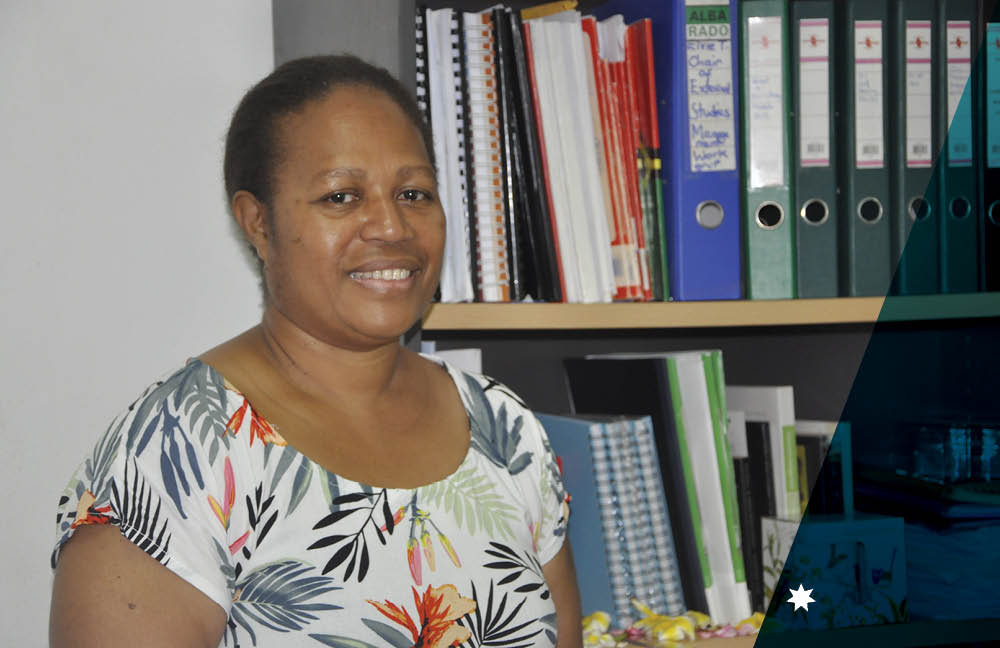 Australia Awards alumna, Elvie Tamata, was invited to present her research paper at the Australian Association for Research in Education Conference in December 2019, held at the Queensland University of Technology in Brisbane, Australia.

“It’s my first time to attend an academic conference and I was very privileged to present my research paper, which is based on the support mechanisms that the Ministry of Education and Training has for teachers in Vanuatu,” says Elvie.

Every year, this conference brings together both experienced and emerging researchers, as well as academic institutions in the education sector.

Mrs. Tamata has worked at the Vanuatu Institute of Teacher Education (VITE) as the Manager of In-Service Unit (ISU) since 2010 and her unit provides professional development to primary school teachers in support of Vanuatu’s new curriculum reform. One of her core responsibilities is working with key stakeholders and the Ministry of Education and Training to develop education policies and the curriculum for the children of Vanuatu.

In attending this conference in Australia and presenting her research paper, Mrs. Tamata has been able to establish networks with academia and researchers in the field of education and believes that the feedback she has received will assist her to contribute to the country’s curriculum reform.

“I believe it is a golden opportunity for Australia Awards alumni to attend high level meetings and conferences in order to contribute to Vanuatu with the knowledge that they gain,” she says. “It would also be a good idea to support research in Vanuatu, as we lack local sound data and research. This can then be shared with the relevant stakeholders and the government, so that decision-making on the country’s development can be based on these research findings.”

“I thank Australia Awards for the academic support they gave me, as my parents could not financially support me back then. I am where I am today because of the award I received to undertake further studies,” says Mrs. Tamata.