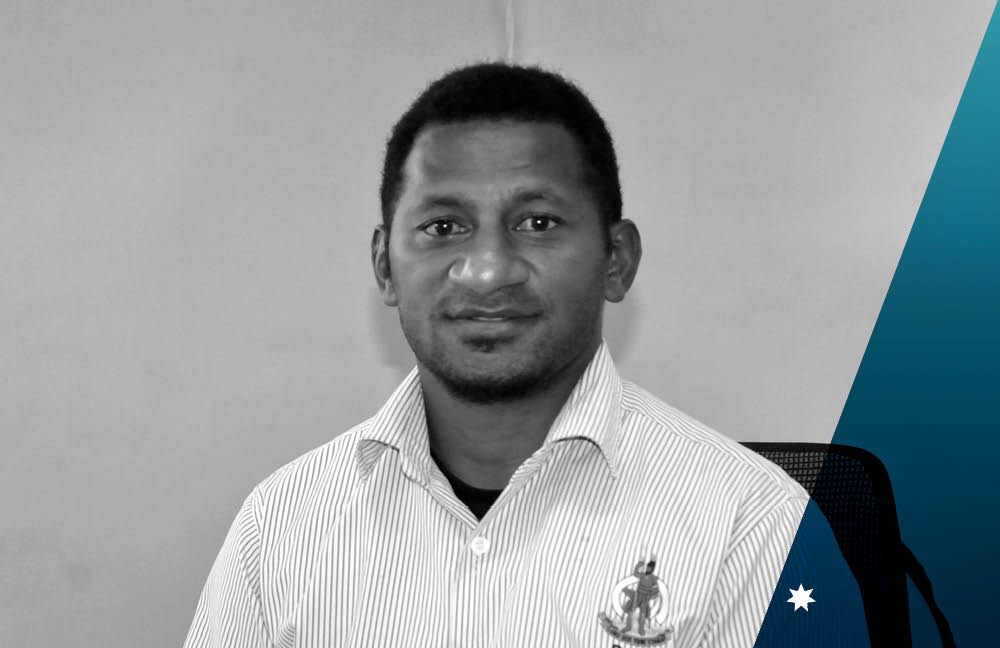 Vanuatu’s economy relies significantly on tourism and with borders closed due to COVID-19, the tourism sector has largely collapsed. Businesses are struggling, with some closing their doors and many others laying off staff. For the first time ever, Vanuatu finds itself in a situation impacting not only its local economy, but also those of its trading partners and the world as a whole.

As the Revenue Policy Manager of the Ministry of Finance, Australia Awards alumni, Rex Willie Semeno was tasked with designing an Economic Stimulus Package policy outlining strategies for the country’s economic recovery.

“My work challenges were made more difficult when COVID -19 came onto the scene and I was placed in a situation where I had to lead a team of officers to fully develop an implementation plan for the overall Stimulus Package.”

Once this policy had been drafted and approved by the Council of Ministers, the Minister of Finance appointed Mr. Semeno to coordinate the implementation of this Economic Stimulus Package within the different sectors.

“This is something new and to actually develop it and lead a team to achieve the desired results has been a big achievement, as this is a fully, locally designed product.”

Mr. Semeno was grateful for the opportunity to go and study under an Australia Award and also other trainings that the Australian government has provided for him and other staff within the Ministry of Finance and Economic Management.

“Managing the tax and revenue policies of the government is not as easy as it would seem, and it is definitely a huge task that requires a lot of dedication and commitment. I am thankful for the studies and training I have received with the support of the Australian government.  It has definitely helped me a lot with my job.”

Rex completed a Bachelor of Arts in 2001, majoring in Management and Public Administration and with a minor in Economics. When he returned in 2002, he started working at the Ministry of Finance as a filing clerk and over the years, he has been promoted to his current position of authority.

“In my experience, you need to grow confidence within yourself, so that you can approach such jobs with pride and assuredness,” says Rex.

As Vanuatu waits for its borders to reopen, the stimulus package is proving very helpful in assisting to sustain the country’s economy.It was early 2010 and Viran was a mother of two very young children when her husband was given an Australian Award to study at the University of Canberra. She had no desire to separate her young family and wanted to support her husband, so she took leave from her job as Solicitor General within the State Law Office and they all moved to Australia.