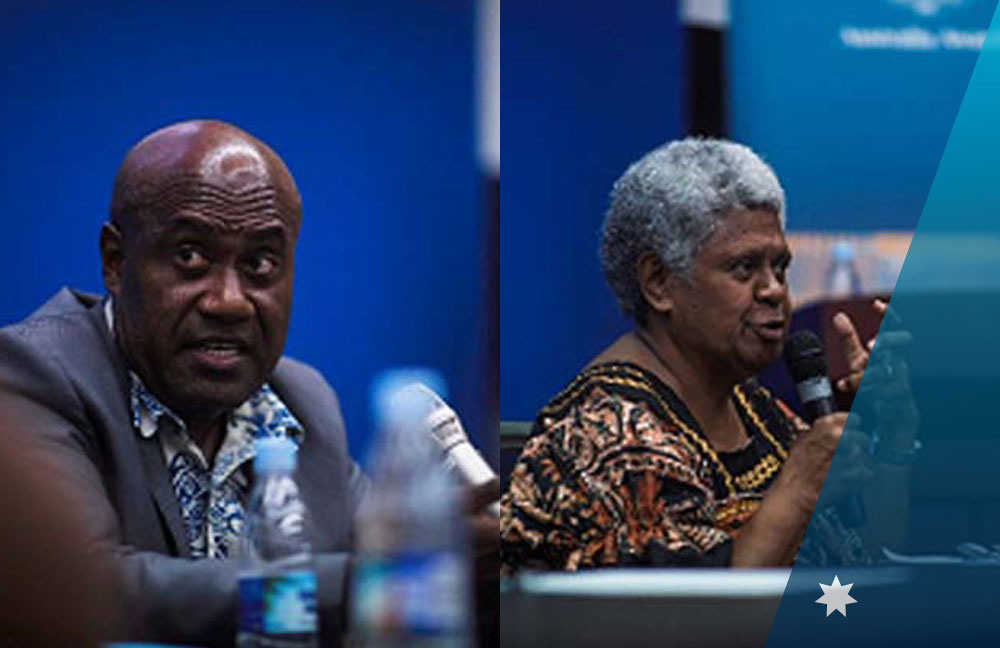 The First Secretary of the Australian High Commission, Cathy McWilliam, welcomed the panel members and gave opening remarks. The two panel members shared their experiences in politics and the alumni, many of which aspire to be leaders themselves, had the opportunity to ask questions and engage with them regarding their leadership in politics.

Leias Cullwick spoke on how she always tried to weigh the affairs of her personal life and her political life and shared her struggles in getting into a political leadership role in the late 1990s, particularly due to being a woman in a male-dominated society. MP Warsal encouraged women to be a part of this decision-making role. “I think it is important that women are also involved in politics so that there can be a balance of perspectives in the government and the laws that we agree on.”

MP Ronald Warsal, who has a background in law, spoke on how being a part of his community has greatly contributed to him entering the political arena and that being a leader to people in small ways can contribute to your leadership in a grander scale.

This panel discussion is one of the monthly events organised by Australia Awards Vanuatu to strengthen its alumni network to continue to share ideas, access new knowledge and develop skills.

If you have studied in Australia or in the region through an Australia Awards Scholarship or Fellowship, you are welcome to join this network of change makers.

About Australia Awards
Australia has provided development assistance to Vanuatu for many years. Scholarships provide opportunities for Ni-Vanuatu to study in Australia or the Pacific region. Australia Awards scholarships address human capacity needs in Vanuatu and build people-to-people links.